Curiosity is a natural human trait; without it, our lives would not progress and improve. It motivates everyone to work on the unknown, hidden, and unknown. Scientists use curiosity to address critical questions, such as how phenomena arose, what benefit it provides to humankind, and how to recreate them for human use. When something new is discovered, and no one has described it, they are satisfied. This is similar to when an athlete wins a world record, or a politician solves a complex problem to end a conflict. In contrast to other industries that rely on following market patterns or repeating already known knowledge, scientists are self-motivated to keep going since they are the first to the finish line.

Modern life has organized our daily living rituals so that most of us work fairly certain hours, usually between 32 and 40 hours each week. Those who have made their imprint on history, whether scientists, artists, athletes, politicians, writers, or others, worked well beyond this schedule. They all had one thing in common: they worked by inspiration rather than by the clock. Someone is always trying to make their vision a reality, whether you arrive during the day, night, weekdays, weekends, or holidays. Furthermore, there is a distinct sense of satisfaction and delight received from such zeal. The element that motivates them to work at unusual hours is the discovery they are pursuing.

They become completely absorbed in their work, and when a breakthrough is made, they don’t hesitate to schedule a meeting at that exact moment, whether it’s late at night or on holiday, to discuss it. True scientists appreciate working on something novel and unexplored to make a difference in the world. This isn’t to say that scientists don’t have a life outside of the lab. They share special moments with their loved ones. They work hard to see their findings turned into real-world improvements in human development. In this perspective, the key to becoming a truly inspirational scientist is to work with inspiration rather than hours. This allows you to fall in love with your work and receive happiness and reward from it.

Scientists are motivated by the big picture of humanity and the desire to make an excellent contribution to humanity’s and the universe’s well-being. Chemotherapy, insulin, antibiotics, stem cells, and other discoveries need a lot of hard effort, intelligence, curiosity, and imagination on the scientist’s part. The instruments available to us now to tackle deeper issues and challenges are enticing the brilliant to consider science. Individual laboratory discoveries led to the development of all impactful technologies, procedures, and understanding, with application following. The importance of scientists in society is often overlooked, but mankind would be unable to grow without them. 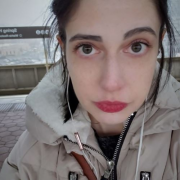 Maia Brown-Jackson has extensive experience in writing and analysis, and can do so in a timely manner. Her research has largely explored extremism, crises, and human security.